One month from today I’ll be at the Atlanta Writer’s Conference. I am about to submit the first 20 pages of my memoir, which New York literary agent Jessica Regel will critique and review with me at the conference. (Although this is not related to memoir and is focused on women’s fiction, Regel gives a great little talk in this publishing video.)

A few of my top challenges in writing a memoir: 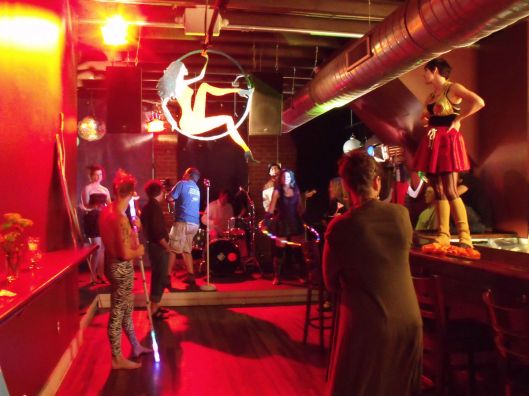 Memoir is one vein of writing I had not dipped my pen into until a year ago; I’ve realized as of late that the process is akin to making a film. Yesterday I wrapped shooting for Rob Logic‘s latest music video “Thrill Seeker.” It was shot over 3 weeks in downtown Raleigh at The Busy Bee, Mecca and the alley behind The Pit. (You may recall my other recent movie experience in Durham on the set of Lost Flight.) A movie is not just one person’s vision, it’s a collaboration of many focused and creative individuals. Memoir is not just one person’s life, it’s how their life intersects with others and how others influence an arc of the narrator. 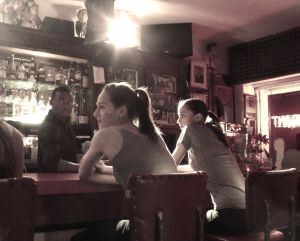 Films are shot out of sequence. For this particular music video in Raleigh, the producers filmed the final scene first and the first scene last. In memoir, I found the paralysis of writing life events in the sequence in which they occurred to be too daunting, and a few months into my draft I had a great conversation with one of Triangle Writers’ members, Bob Byrd. He had been reading Mark Twain’s autobiography at the time and said that Twain wrote about parts of his life whenever the memories were strongest to him, then later he would patch them together. Once I started writing out of sequence I realized my story was stronger and it was easier to decide which part would follow another.

The only other writers conference I have attended was the Southampton Writers Conference, which was amazing. Every conference has a different focus. Some center around the act of writing (like Southampton), others on the business end regarding pitching (like Atlanta). There are book conferences where authors promote their books at booths, writing retreats that allow writers peace and freedom to create, and genre-specific conferences for niche writers. Since this will be my first time in Atlanta, first time at a pitch-focused conference and my first critique by a literary agent…I am curious about other writers’ first experiences. Any virgin writer conference stories to share?

2 thoughts on “Writing a Memoir is Like Making a Movie”